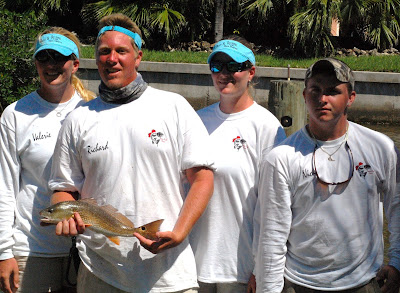 "Every year I organize the tournament to raise money for Hope Hospice in order give back what they did for my family," said Amy Andrew, tournament coordinator. "Hope Hospice is a wonderful organization and I am truly honored to raise the donations that will benefit so many families."

The eighth annual Fillet and Release Tournament that benefits Hope Hospice will have a special appearance by the Jagerette's on Sept. 15. The event will have a cash pay out of $7,050 based on a 30 boat entry. Tournament team members as well as everyone that gives a donation to Hope Hospice at the event will have an opportunity to meet and have photos with the Jagerettes. A Captain's meeting will be held at Bahama Breeze at 6:30 p.m. Sept. 14 and the weigh in will be at Matanzas Inn on Fort Myers Beach on the 15th.

Prize donations are still being collected and detailed tournament location, rules and entry forms can be found at their website, www.filletandrelease4hospice.com.