Summer is the perfect time for teens to volunteer! http://www.naplesnews.com/news/2011/jul/29/students-make-a-difference-in-summer-volunteer-pro/
No comments: 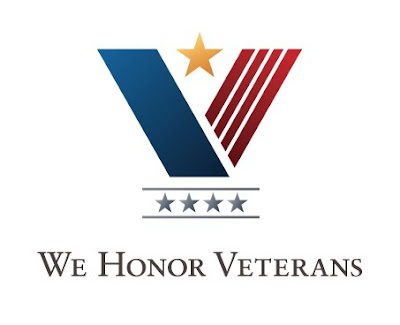 Hope HealthCare Services has reached the highest level of achievement in the National Hospice and Palliative Care Organization’s (NHPCO) We Honor Veterans program. The program requires superior standards of quality to ensure that veterans receive the best in care, support, and access to VA benefits.

Nearly 25 percent of the people in Hope’s care are veterans. “We have always had a special place in our hearts for veterans, and this confirms our deep commitment to them,” said Hope President and CEO Samira K. Beckwith. “We are honored to be one of only two healthcare organizations in the United States to receive this special recognition.”

We Honor Veterans complements Hope’s longstanding VALOR program - Veterans’ Access to Life Opportunities and Resources. According to Beckwith, the VALOR program was developed to provide the support and respect that America’s veterans, men and women, deserve. Veterans in Hope’s care are honored with a special ceremony and the presentation of a Certificate of Appreciation. They are also invited to participate in the Library of Congress Veterans’ History Project recording wartime stories.

“We are so deeply grateful for the veterans’ service to our country, and it is a privilege to be able to meet their needs in partnership with NHPCO,” Beckwith said.

For more information, HopeHCS.org/veterans
No comments: 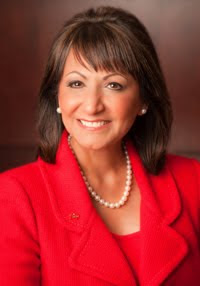 Samira K. Beckwith, president and CEO of Hope HealthCare Services, has been elected to The Ohio State University Alumni Association’s Board of Directors. She will start her five-year term at the conclusion of the September Board of Directors meeting. The Board of Directors is selected by a five-member nominating committee who recommend the directors-elect for consideration after reviewing a nationwide base of candidates.

Beckwith worked her way through college at Ohio State, earning Bachelor and Master degrees in Social Work. In 2009, she received the Alumni Association’s highest honor, the Alumni Medalist Award.

“Like so many of my fellow alums, I take every opportunity to tell everyone I can about the path to a bright future that The Ohio State University provided to me and available for so many others,” Beckwith said. “It is a privilege to serve as an ambassador for my alma mater.

While in graduate school at Ohio State, Beckwith was diagnosed with Hodgkins disease. This started her down a path that has led her to become one of the nation’s foremost advocates for improved end-of-life care. She worked in the field and taught at multiple universities before accepting the position at Hope. She is celebrating her 20th anniversary as Hope’s top executive.

Beckwith has been recognized for professional and personal achievements on the local, state and national levels. She was recently awarded the Ellis Island Medal of Honor, one of the nation’s most prestigious awards, and the Lifetime Achievement Award from the Stevie Awards for Women in Business.

Her previous honors include the APEX Award from the Greater Fort Myers Chamber of Commerce, Gulfshore Life magazine’s Woman of the Year, and the Junior Achievement of Lee County’s Business Leadership Hall of Fame.
No comments: