Bill Wilhelm's Art Collection is Close to His Heart 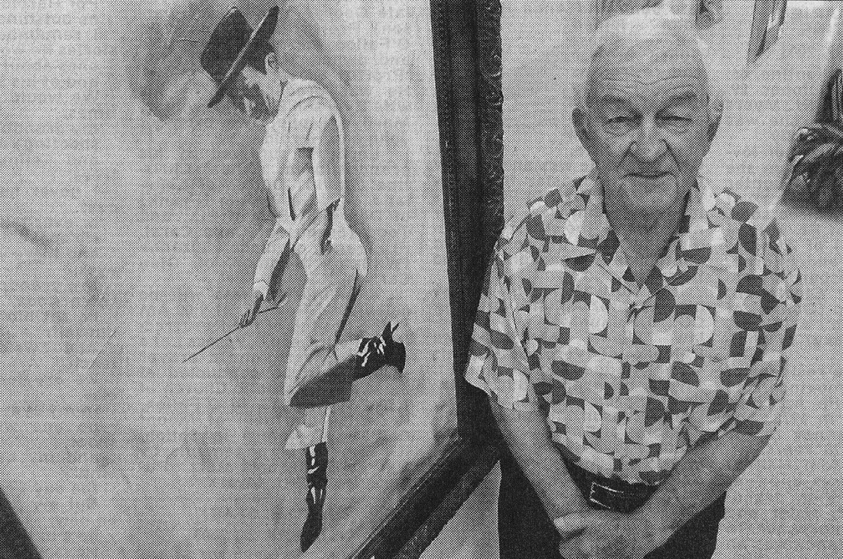 Bill Wilhelm is painting his heart out in memory of others. Wilhelm, 85, a part-time Fort Myers resident, has a collection of work on display at Gulf Harbour Jewelers in Fort Myers.

The paintings in "The Callepitar Collection" are for sale and benefit Hope Hospice, a nonprofit organization near and dear to Wilhelm's heart.

"Hope Hospice played a very important part in my life when I lost my second wife," Wilhelm said. “And so I decided I would have this art exhibit to benefit them."

Wilhelm's second wife, Peggie, died of lung cancer on New Year's Day in 2002. The collection is dedicated to Peggie, his two granddaughters and his daughter, Nan Wilhelm.

The collection is affectionately named for the way one of his granddaughters, Emily Harrison, would pronounce the word "caterpillar." Emily died of leukemia in 1986 at the age of 5 years.

"This is all about the death of a child,'' Wilhelm said. "She fell in love with caterpillars and unfortunately we were not able to get her to say caterpillar; she would always say callepitar."

The fund-raiser features 15 acrylic and oil paintings of still lifes, landscapes, portraits and more. Wilhelm began painting about 50 years ago and was encouraged by his father, who was a sign painter. His works have been exhibited at the Boston Arts Festival, Coral Gables, Indiana public library system and other venues across the country.

"November is National Hospice Month, and we are honored that Bill has chosen this time to offer his beautiful work to the public on our behalf,'' said Samira Beckwith, Hope President and CEO. “The proceeds will better enable us to provide compassionate care to everyone in need or our services, regardless of their ability to pay."

Also offered are signed, bound copies of his 90-piece collection, which doubles as a coffee table book.